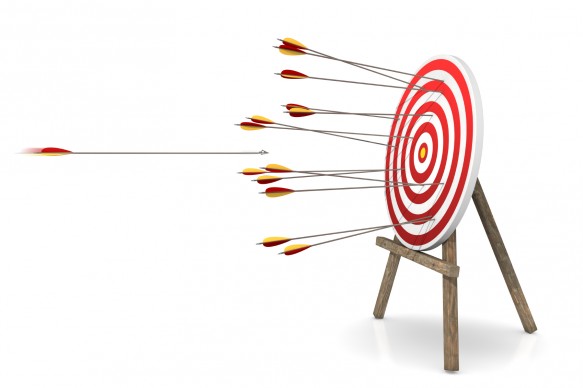 For someone who fears failure, the thought of failing is unacceptable. I think that a lot of people who struggle with depression also fear failure, especially when they convince themselves that their depression is “fixable”. When you convince yourself that failure is not an option you “fail” to fully grasp the idea that there are lessons to be learned, that there is something to gain in the long run.

One of the readers of my blog shared with me that “self-talk, as a way of overcoming failure, is a lame joke and it doesn’t work”. To those of you who feel this way, I agree. Self-talk does not work if you don’t believe it. You could tell yourself lots of positive things; if you don’t believe them, they’re simply just words.

There are times when you force yourself to be positive despite knowing that the results will be short lived. Throughout the history of psychology we’ve witnessed various fads involving listening to positive messages on tapes, hypnosis CD’s promising to change your thoughts overnight, and more.

Or how about one of those situations where the ones around you tell you all sorts of nice things and pay you compliments; you never hear them, pay attention to them and they easily slip your mind because at the very core, you don’t believe them to be true.

Some people who struggle with depression are perfectionists and these are the people who fear failure most. They believe they are responsible for everything and that they have the power to control everything, they believe themselves almighty. You’d think that would get your self-esteem and confidence up, seeing that you have so much power. That’s rarely the case.

Failure feels personal so intensely because you make it so. When you take all responsibility and see yourself in absolute control yet you never deliver to the unrealistically high standards you impose for yourself, it must be you and it is  your fault.

There is a tremendous internal conflict when this happens, one that creates a split in you: theoretically all powerful and in control while in practice powerless and unable to reach your goals. How could failure not feel personal when you pour your whole self into it? You tie your abilities, qualities, and self-worth to this fantasy image you’ve created and when you fail to deliver everything falls apart, your self-worth included.

Fear is one of the most basic human emotions and can be found at the foundation of our very core. Fear of failure cannot be reasoned with, at least not on a cognitive level. Fear of failure cuts deep within and it’s surrounded by a multitude of walls and defenses. It can be kept at bay and overcome but it does not fit into a neatly wrapped box and it can’t be “fixed” in 10 easy steps (even though that would be nice).

Untangling your fear of failure is liberating because it allows you to dismantle the cage you’re locked in and gives you the chance to make decisions and move forward according to your potential, rather than your fears. Overcoming fear of failure is a process in its own right, which requires introspection, honesty with yourself, and the willingness to ask for help. What would you need to challenge your fear of failure?