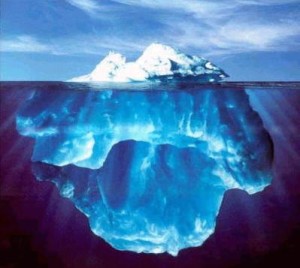 Myths and misconceptions about hypnosis abound in our popular culture. Newspapers run advertisements from lay hypnotists who proclaim cures for just about everything. TV shows continue to depict hypnotized subjects completely out of control and barking like dogs. Cartoons incorrectly portray the “hypnotist” as all powerful and magic. For this reason alone, it is important to understand that clinical hypnosis is nothing more than a focused state of awareness.

Hypnosis is elicited by an induction procedure. Although there are many different hypnotic inductions, most include suggestions for relaxation, calmness, and well being. Instructions to imagine or think about neutral or pleasant experiences are also commonly included in hypnotic inductions.

Hypnosis generally poses few risks. The body of evidence demonstrating the efficacy of clinical hypnosis is substantial and has been growing considerably over the past 70 years.

People respond to hypnosis in different ways. Some describe their experience as an altered state of consciousness. Others describe hypnosis as a normal state of focused attention, in which they feel very calm and relaxed.

Contrary to some depictions of hypnosis in books, movies or on television, hypnotized people maintain volitional control over their behavior and remain aware of who and where they are. They usually remember what transpired during hypnosis, unless amnesia has been specifically suggested for therapeutic reasons. Hypnosis does not make people do things against their will.

Who Can Be Hypnotized?

Tipically all individuals can experience hypnosis to some extent. Researchers believe that the ability to use hypnosis is distributed among the population as a normal curve, with a few individuals not being able to use it, the majority moderately able, and a few able to go into very deep somnambulistic states. The fact that most individuals are not deeply hypnotizable presents little difficulty, since a very deep state is not necessary for hypnosis to be helpful.

Diana Pitaru was trained at the Milton H. Erickson Foundation in Phoenix, AZ. Milton Erickson is probably the person with the most significant influence on the current practice of clinical hypnosis due to his widely recognized approach that increases the effectiveness of hypnosis. As an Ericksonian clinical hypnotist, Diana is skilled at finding ways to draw on the uniqueness of the patient, the environment, and the particular situation to build a framework in which to treat problems.

What is Hypnosis Used For?

Hypnosis has been used in the treatment of pain, depression, anxiety, stress, habit disorders, addictions, and many other psychological and medical problems. Diana uses clinical hypnosis as part of the psychotherapy process in order to help her patients access their emotions easier without the interference of various defense mechanisms and symptoms such as anxiety, stress, and pain.